Binge drinking is really just a pattern of drinking that brings your Blood Alcohol Level up over the legal limit.

Because drinking is so widely accepted in our society, many people, especially young people, tend to view binge drinking as just another way of having a good time.

Binge drinking can also lead to a number of legal problems. Drunk driving is just the most obvious.

What is Binge Drinking?

We are all familiar with the image of young people chugging drinks at parties. These images are everywhere in popular media. Many of us probably took part in some type of behavior like this at some point in our lives.

But the reality of this kind of behavior is that it is dangerous and represents a real problem. What we often see depicted as harmless indulgence is, in reality, problematic binge drinking.

As stated above, 5 drinks or more within two hours for men, or 4 drinks or more for women will bring your BAC up to or above the prescribed levels. If you are consuming alcohol at this level and this rate, you are binge drinking. 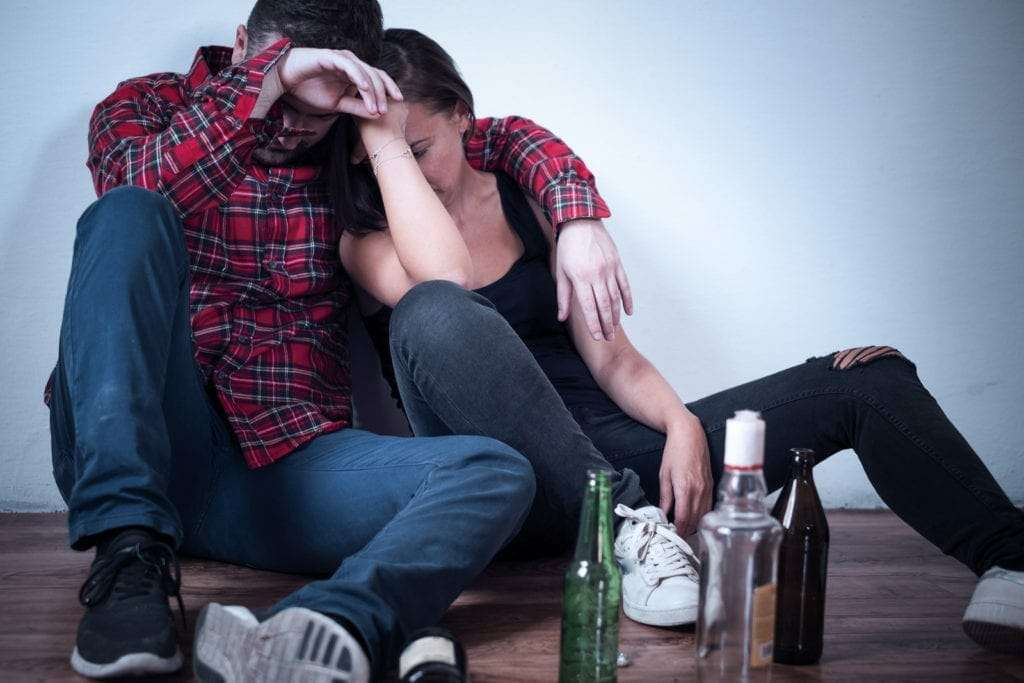 People binge drink for a variety of reasons. As stated from the outset, many people see binge drinking as just one more way to “cut loose” on the weekends. Binge drinking is perceived as relatively normal. Young people, in particular, appear to view binge drinking as something of a rite of passage—something you do to just be part of the crowd.

However, there are some causes for binge drinking which stand out.

People binge drink because it is a way to just let go, to let their hair down and get wild. Because it is so common, it is easy to mistake binge drinking for a reasonable form of celebrating.

Some of us are just not comfortable in social situations. For some, drinking multiple drinks in a short span of time can help them relax and let down their inhibitions. However, it is important to remember that losing inhibitions is one of the things which leads to the serious risks detailed above.
Riverwalk Ranch offers an ideal treatment environment.

This mostly applies to men. Some men feel that they are better able to assert themselves and their superiority over others after binge drinking. Once again this is largely due to the loss of inhibitions which leads to dangerous and risky behavior.

Alcohol is commonly used in order to self-medicate. When going through stressful and difficult times, it is easy to self-medicate by binge drinking. The danger with self-medicating is that alcohol will ultimately exacerbate anxiety and depression.

Young people are especially at risk for this. Peer pressure often leads to binge drinking among young adults. The need to fit in, to appear sophisticated and more mature lead some young people to binge drink.

Again, young people are more prone to this than others. The need to rebel against parents and other authority figures often leads young people to binge drink. The status of being wild and outside the rules comes easy with binge drinking.

The false stimulation of the pleasure centers of the brain creates an equally false sense of well-being. Relying on binge drinking is inevitably dangerous.

Over time, heavy drinking can negatively affect your overall health and it especially impacts brain function. Some of the more common effects on brain function include:

Korsakoff’s psychosis is a chronic and permanent condition that causes memory loss. People with Korsakoff’s psychosis have problems remembering old information. Even more pronounced is their inability to remember more recent events. Patients with this condition can engage in a conversation and minutes later have no recollection of the conversation.

Binge drinking and other forms of heavy drinking have long term and devastating effects on brain function up to and including serious brain damage.

What are the Medical Consequences of Heavy Drinking?

Consider some of the more common medical consequences of heavy drinking.

Heavy drinking negatively impacts virtually the entire body. Because alcohol affects the brain and the organ systems, heavy drinking will inevitably lead to serious health problems. Binge drinking is one step toward these health conditions. Nationally, the minimum drinking age is 21 years. Nevertheless, young people between the ages of 12 and 20 consume 11 percent of the alcohol consumed in the U.S.

Although there has been a decrease in binge drinking among young people overall, recent studies show that extreme binge drinking of 15 or more drinks in a row has increased.

The negative impact on the lives and overall health of young people by binge drinking is profound.

One study showed that people who begin drinking early tend to develop morbid obesity more than those who do not binge drink, and they are more likely to develop heart disease.

Binge drinking in youth can have long-term and serious effects. Studies have shown that binge drinking during younger years can affect neurons and neurotransmitters in the brain leading to memory and communication difficulties later in life.

Ultimately, binge drinking for young people generally leads to problem drinking later in life. Nearly all young people who drink heavily as teenagers experience some form of a drinking problem as adults.

Binge drinking is widespread in the U.S. where it is often considered to be a normal part of coming of age. While it is likely that anyone who drinks with regularity will occasionally over-indulge, binge drinking has come to stand out as a real problem.

Some of the statistics on binge drinking are revealing.

Young people are especially at risk for binge drinking.
These statistics show us that binge drinking is not only common, but it occurs in at every age and every level of society. No one is immune to the problem of binge drinking.

The difficulty in treating binge drinking lies in the fact that many people do not see it as a problem. However, if you feel that binge drinking has become a problem for you there are a number of options.

The first thing to do is to seek counseling. Professional addiction counselors can guide you on how to approach your drinking issues. There are drinking reduction programs, however, most addiction experts suggest that you eliminate alcohol altogether.

If you feel that binge drinking has led to a real alcohol abuse problem, treatment may become necessary. There are a number of ways to treat alcohol abuse disorder. The science of addiction treatment has led to multiple options for treating alcohol problems. Riverwalk Ranch offers medical detox programs if they become necessary. They also have a wide range of treatment modalities designed to assist you according to your specific needs.

While many people will binge drink at some point in their lives and leave it behind them as they mature, for others, binge drinking may come to take over their lives.

Again, some people may simply grow out of their binge drinking days. Nevertheless, binge drinking is dangerous and if you feel that it has become a problem for you, seek counseling from an addiction professional or from your family doctor.