Signs and Symptoms of Alcohol Withdrawal

Although alcohol is legal, it is a dangerous drug. Substance Abuse and Mental Health Services (SAMSHA) reports that 88,000 people in the United States die every year from alcohol addiction, misuse, and abuse.

Those who struggle with alcohol misuse and abuse problems will need to seek alcohol rehab treatment. Part of the alcohol rehab process involves alcohol withdrawal.

The symptoms can have a significant impact on the patient’s life. Because of the symptoms, the alcohol withdrawal process should take place in a qualified rehabilitation facility where there is around-the-clock access to medical care.

As an example, some of the more common symptoms of a hangover include:

What is Alcohol Withdrawal?

When someone drinks alcohol heavily for any amount of time – hours, days, weeks, months, or even years, he or she might experience physical and mental challenges when you cut back on alcohol consumption or stop drinking altogether — these symptoms classify as alcohol withdrawal. Alcohol withdrawal symptoms can range from mild to severe.

If an individual has gone through alcohol withdrawal once, then he or she is much more likely to experience it again if they quit drinking again.

What is the Cause of Alcohol Withdrawal?

Alcoholic beverages have a depressive effect on the system. Alcohol can slow down brain functioning and will affect how the nerves send messages back and forth. With time, your central nervous system will adjust itself to having alcohol all the time.

Your body will work to keep your brain in a state where it is awake, and your nerves talk to one another.

As the level of alcohol in your system drops suddenly, your brain will stay active and keyed. The result is alcohol withdrawal.

Alcohol withdrawal is not avoidable if an individual has regularly been drinking and then stops. The body and its systems have grown used to the alcohol. The lack of alcohol is a significant change, and the body must adjust.

What are the symptoms of Alcohol Withdrawals?

There are many different alcohol withdrawals symptoms. When someone mentions alcohol withdrawal, they are referring to the symptoms that a person will suffer if they have been consuming too much alcohol regularly and then suddenly stop drinking.

The more you usually drink, the more likely you are to experience alcohol withdrawals symptoms when you stop drinking alcohol.

Usually, an individual will start experiencing alcohol withdrawals symptoms within 8 hours of stopping drinking. While symptoms peak anywhere from 24 hours to 72 hours after the last drink, the symptoms could last for several weeks. Some symptoms are more common than others.

Some of the more common alcohol withdrawals symptoms include:

In some instances, a severe form of alcohol withdrawals that is called delirium tremens can lead to more severe symptoms, including:

If you are suffering from alcohol withdrawals, your healthcare provider will perform an examination. The medical practitioner will be looking for several things.

Your physician might do blood and urine tests, including a toxicology screen.

When you are undergoing alcohol withdrawals, it can be a stressful and intense time. Usually, the symptoms start anywhere from 4 hours to 8 hours after the last drink. The alcohol withdrawal timeline can vary significantly.

It depends on the individual, how much you drank regularly, and the frequency of drinking. The withdrawals symptoms can last several weeks. Those who drink daily or several times every day are much more likely to suffer from alcohol withdrawal symptoms.

Because some symptoms are severe, you should get treated by medical professionals. It is essential for the treating physician to know the entire medical history of the patient.

The healthcare provider will need to know about any mental conditions and health problems as well as any medications taken regularly.

When going through alcohol withdrawals, you need to go through supervised medical detox. The doctor will determine if prescription drugs, such as benzodiazepines, are necessary to reduce the alcohol withdrawal symptoms suffered by the central nervous system.

There are several signs of alcohol withdrawal. The severity of the signs of withdrawal varies from one person to another. For those who don’t drink as frequently or as heavily, the symptoms might mimic a hangover. There are risks of delirium tremens, which is a severe reaction to stopping drinking.

As the most severe form of alcohol withdrawals symptoms, delirium tremens, which is sometimes called withdrawal delirium can cause both sudden and severe problems in the nervous system and the brain.

While 50% of those who drink suffer alcohol withdrawal symptoms when they stop drinking, about 3% to 5% will experience delirium tremens.

Those who drink heavily might suffer from the condition if they have a head injury, suddenly stop drinking, don’t eat enough while reducing alcohol consumption, reduce alcohol consumption too quickly, or have an infection or illness.

When someone drinks excessively, the nervous system is irritated and excited. With daily drinking, the body will gain an alcohol dependency.

The central nervous system won’t quickly adapt to decreased alcohol intake. The alcohol can affect neurotransmitters in your brain causing you to feel relaxed.

When your neurotransmitters aren’t suppressed any longer and are focusing on working more to overcome that suppression, they will kick into overexcitement. When alcohol consumption stops, there will be alcohol withdrawals symptoms.

The Centers for Disease Control and Prevention classify heavy drinking as consuming 15 or more drinks per week for a man or 8 or more weeks for a woman.

Different kinds of drinks quantify as a drink in varying amounts. As an example, five ounces of wine equals a drink while 12 ounces of beer or eight ounces of malt liquor are the equivalent of a drink. 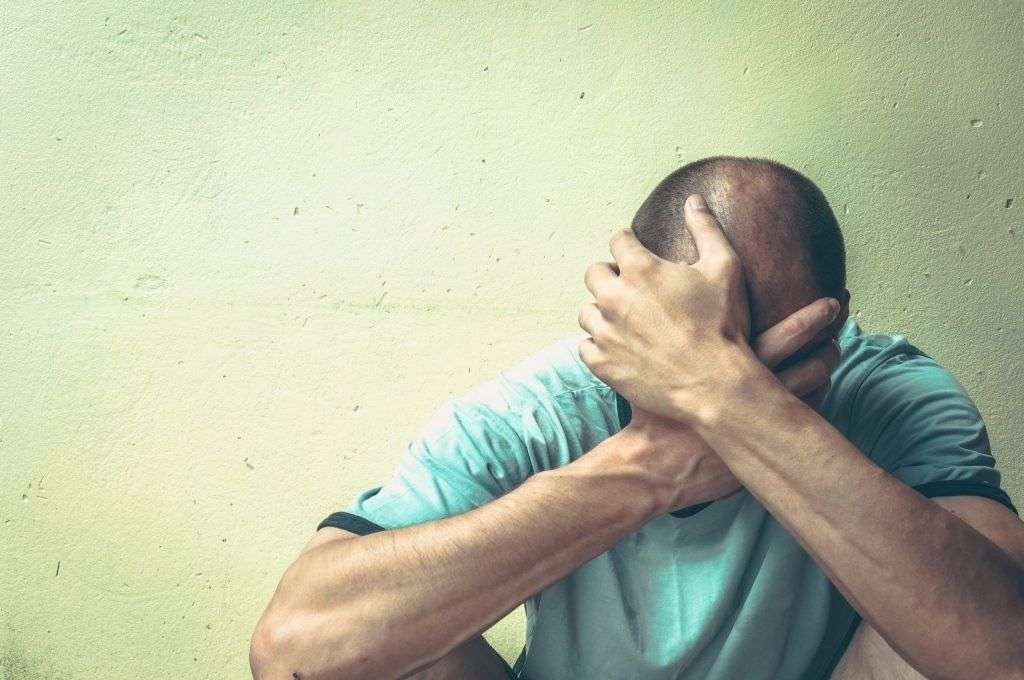 There are different stages of alcohol withdrawal. When an individual gives up alcohol, he or she will go through detoxification.

Stage 1 kicks in about 8 hours after the first drink, which might include loss of appetite, nausea, shakiness, vomiting, abdominal pain, depression, muscle weakness, and fatigue.

At about 24 hours after having stopped drinking, Stage 2 will kick in. This stage might lead to anxiety, irritability, mood swings, quick or shallow breathing, increased blood pressure and body temperature.

Some individuals might suffer symptoms from both Stage 1 and Stage 2 for as long as 72 hours. There is a risk for advanced and severe symptoms, classified as Stage 3 symptoms.  If acute symptoms, such as seizures, delirium, trembling, or hallucinations occur, immediate medical care must be obtained.

All the steps involving stopping drinking:

Alcohol withdrawal symptoms require attention. You should make sure they get treated and managed safely. The goal is to remain healthy and to overcome alcohol abuse and addiction.

While most individuals who drink regularly will suffer alcohol withdrawal symptoms to some extent, with the right care, the lasting effect of the withdrawals can be limited.

Withdrawal symptoms can be very uncomfortable and have a significant effect on your life. Because severe symptoms can be life-threatening, any alcohol detox requires the help of skilled medical professionals.

You should seek the help of an alcohol rehab facility that is supervised by a licensed physician.

These symptoms might include lingering signs of depression or sleep problems.

To keep a patient’s system in balance and to avoid the more serious complications is a significant aspect of successful alcohol detox. Physicians often must prescribe medications to help the patient overcome the obstacles.

Prescription medications, such as benzodiazepines, can help reduce alcohol withdrawal symptoms, such as anxiety. Benzodiazepines, such as Ativan, Valium, and Librium lessen the risks of seizures during the detoxification process.

Another option is outpatient detox, which targets those who are facing alcohol addiction on a mild level. Outpatient clinics provide patients with the support and medications necessary for successful alcohol detoxification.

After completing detox, the patient will need ongoing therapy and support to cope without alcohol consumption. Sometimes other medications, such as anticonvulsants or anti-seizure drugs are required in addition to the benzodiazepines to prevent severe withdrawal symptoms. 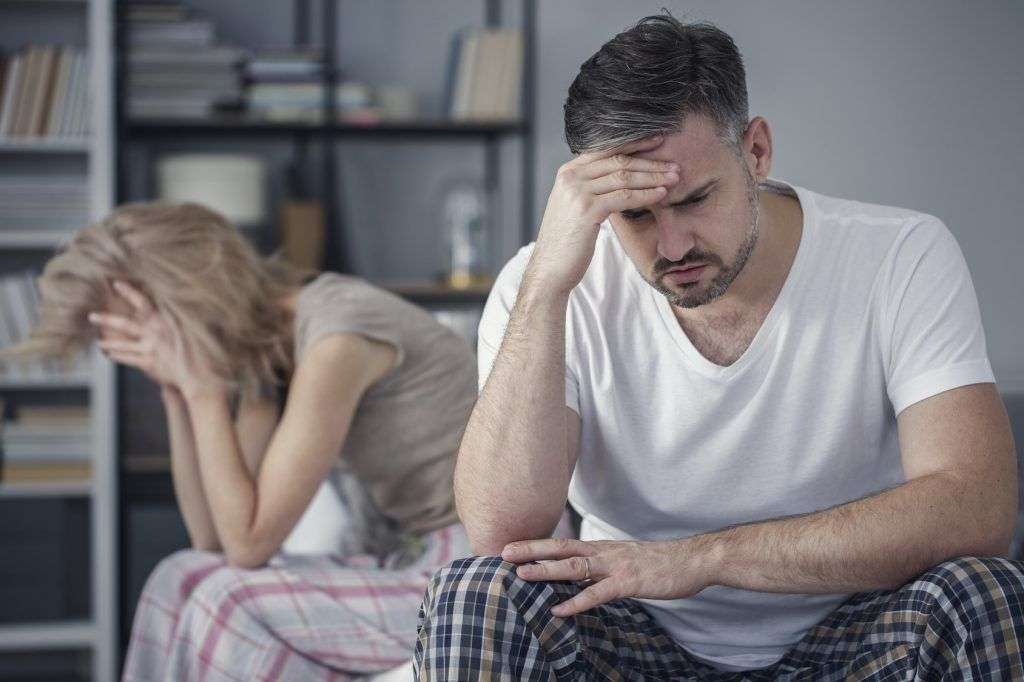 Finding an alcohol treatment center is a serious matter. Not all treatment centers are the same, so take the time to understand the options and the programs. Ask questions and interview the facilities, so you can determine which center will best serve your needs.

Alcohol is the third leading cause of preventable deaths in the United States. According to the National Institute on Alcohol Abuse and Alcoholism, 86.4% of people ages 18 and older reported that they drank alcohol at some point in their lifetime and 7% of adults reported that they had drunk heavily in 2015.

Take the time to ask the facilities about their different treatment programs and approaches.

Learn about the medical staff and the accessibility of medical care if, and when, it is needed. Ask if prescription drugs are used to help with the withdrawal symptoms.

Determine if an inpatient program is needed or if an outpatient program is adequate for the individual needs. With the right care, the chances of a successful recovery and staying sober increase significantly.

There are 14,500 specialized drug treatment centers across the United States. These are in various settings with programs led by various providers, such as psychologists, physicians, psychiatrists, counselors, social workers, and nurses.

While specific treatment programs often have their own treatment approaches, a variety of services and/or interventions might be included.

Because drug and alcohol abuse and addiction are major health issues, a large portion of alcohol and drug treatment are funded by government entities. Health insurance plans might also help with the cost of rehab and addiction treatment.

Because of the epidemic and managed care, stays in facilities have been shortened and the lack of coverage has limited the number and kinds of programs available.

If you or a loved one is facing alcohol abuse or alcohol addiction, then get the help you need to get sober. There is a professional help available in a facility near you.

If you want to break free and escape the grip of addiction, get treatment from a qualified treatment facility. Because of the alcohol withdrawals symptoms, you need to go through the detox process under the direction of a medical professional.

To get access to the care and the tools that you need to overcome alcohol’s grip on your life, call Riverwalk Ranch. Confidential professional care is available 24-hours a day. Call (877) TO-DETOX today.