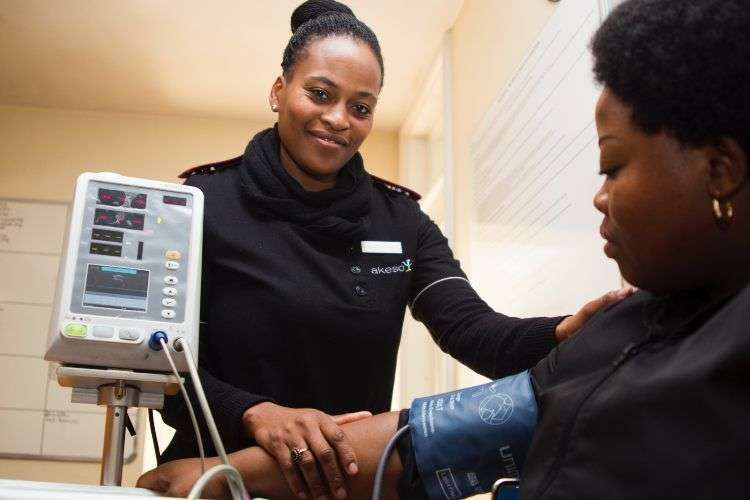 Heroin is an illegal and highly addictive opioid. The primary reason heroin is so incredibly dangerous is that heroin detox is prolonged, painful, and extremely uncomfortable.

Heroin detoxification often called heroin withdrawal, is the medical process by which the body reacts to the absence of heroin. We can make a distinction between withdrawal and heroin detox from a medical standpoint. Withdrawal consists of the physical symptoms manifested during heroin detox.

Heroin detox, properly speaking would be the physical changes and the medical mechanisms the body undergoes when heroin or other opioids are cut off from an active heroin addict.

On this article, we will go in-depth on information about Heroin Detox, it’s symptoms, timeline, treatment and more.

What is Heroin Detox?

We must distinguish between heroin detox and heroin withdrawal. For our present purposes, we will focus on the science of heroin detox.

The neurobiology of heroin addiction involves physical and chemical changes in the brain and nervous system. As heroin chemicals travel through the bloodstream to the brain, these chemicals attach themselves to what are called mu-opioid receptors on the surface of opioid sensitive neurons (brain cells).

Once the heroin chemicals (really, any opioids) are attached, these neurons trigger the same biochemical processes which create feelings of pleasure when they engage in ordinarily pleasurable activities such as eating and sex.

The process works by interrupting the natural chemical systems which facilitate these pleasurable feelings with an unnaturally precipitated release of chemicals called dopamines. These are the chemicals which cause the body and brain to feel pleasure.

What is more, the brain will begin to create a memory channel which is linked to the biochemical reactions made possible with heroin. An increased reliance on heroin to release dopamines and the neuro-chemical memory channel created by the use and abuse of heroin will eventually make it impossible to feel pleasure without heroin.

When an addicted person attempts to go without heroin, the body and the brain will not only be unable to feel pleasure, it will recognize the absence of heroin as a source of pain. The entire body reacts accordingly, and this precipitates heroin detox.

More recent research has shown that there is another physiological component to heroin detox. In addition to neurons, there are cells called glial cells which until recently were thought to be affected by heroin use and detox only as a secondary consequence. Glial cells have been shown to be actively engaged in the neurochemical processes of heroin use. When users stop using heroin, their bodies experience glial-derived inflammatory signaling (central immune signaling).

This process is part of what leads to what is commonly known as “dope sickness” or withdrawal. Inflammation of the immune system leads to the common symptoms of nausea, diarrhea, flu-like symptoms, etc.

When people stop using heroin, the locus ceruleus attempts to compensate for what it perceives as a chemical imbalance. This causes the brain to release too much noradrenaline. This results in jitters, anxiety, and muscle cramps.

From the medical science of heroin and opioid addiction, we can see clearly that heroin addiction causes havoc in the brain chemistry and the body of those who are addicted. Heroin detox involves every aspect of the body, from neurochemistry to the overall physical health of those who suffer from heroin addiction.

How long does it take to detox from Heroin?

The time it takes to detox from heroin depends on several factors. The amount of heroin you use and length of time you have been using heroin are the major determinants for the length of detox.

Over long periods of use, the brain will eventually regulate neural pathways and the release and regulation of neurochemicals as if the presence of heroin was a normal state. Obviously, without heroin in the bloodstream, the brain responds as if something is wrong and attempts to compensate. The longer you have been using heroin, the longer it will take for neurochemical processes to return to normal. The physical symptoms will be more pronounced also.

The larger the amount of heroin, the more opioids are attached to mu opioid receptors. Likewise, large amounts of heroin will suppress the release of noradrenaline. As a result, the length of time it takes to detox from heroin will be prolonged.

Ordinarily, heroin detox takes will last anywhere from 4 to 10 days. The onset of withdrawal symptoms will appear as quickly as 6 hours after the last time you used. Over a period of about one week, you are likely to experience muscle aches, anxiety, sweating, nausea and/or diarrhea, severe fatigue, and shivers.

The peak symptoms can come within the first 4 days, but heavy heroin use and/or long-term use can prolong peak symptom for more than a week.

Heroin detox is not considered fatal. However, the severity of the symptoms of heroin detox can be severe enough to cause some people to have thoughts of suicide. It is highly recommended that you undergo heroin detox under the care of a medically equipped treatment facility.

Is detoxing at home harmful?

Again, the medical consensus is that it is best to treat heroin detox in a medically equipped treatment environment.

It is possible to quit heroin at home. Heroin detox is generally not considered to be fatal. However, addiction experts caution against going through heroin detox on your own.

Heroin detox and withdrawal are so painful and uncomfortable, the cravings for the drug can be so intense, caving in and using again is more common than not.

Addiction experts all recommend detoxing from heroin in a heroin detox program.

Main ways in which to undergo Heroin Detox

As stated in the beginning, because the medical science of heroin addiction is so well known, treatment for the addiction and treatment for heroin detox are also well researched.

Opioid assisted heroin detox involves the medically supervised and administered use of an opioid medication which reduces the severity of heroin detox. These medications will relieve the painful symptoms of withdrawal while not inducing the desired effects of heroin.

The primary medications used for opioid assisted heroin detox are methadone and buprenorphine. While both of these medications are effective in transitioning you from heroin addiction, they both involve further chemical dependence.

Full opioid assisted heroin detox will involve a transition from methadone or buprenorphine to another drug called naltrexone which is a full opioid antagonist. This is to say that naltrexone will actively resist the neurochemical processes induced by heroin use.

These detox methods do not entail a full recovery program. All patients who go through an opioid assisted heroin detox are strongly encouraged to transition to a long-term recovery program, complete with individual and group counseling.

Traditional heroin detox sometimes called “social detox” is a non-medical detox program which basically involves quitting cold turkey under the care and supervision of addiction and medical professionals. During this type of detox, you will be given emotional and psychological support during the painful withdrawal, but you will not receive medications to alleviate the symptoms.

While this method of heroin detox can be effective, it comes with an obvious set of challenges and difficulties. The withdrawal symptoms detailed above are extremely uncomfortable, and the cravings for heroin are present and immediate.

The advantage of a traditional heroin detox is that there is no prolonged pharmaceutical dependence. Once you go through the 7-10 days of withdrawal, you are medically free of the addiction.

Again, even a traditional heroin withdrawal will necessarily entail a long-term recovery program.

By inducing rapid opiate detox, you will be able to endure the withdrawal symptoms under heavy sedation. Ideally, you will then be able to transition to a long-term, comprehensive recovery program in little time.

Some studies contend that there is no real advantage to rapid opiate heroin detox because patients still must deal with the overall problem of addiction which involves far more than simple brain chemistry. However, other medical opinions suggest the advantage of rapidly inducing the withdrawal period tends to minimize painful complications which often inhibit recovery efforts.

Heroin withdrawal symptoms are painful and uncomfortable. These symptoms are perhaps the largest obstacles to getting free of heroin addiction. The basic symptoms include:

The severity of these symptoms depends on the amount of heroin you use and the length of time you have been using heroin. Not everyone will experience all of the heroin detox symptoms, and the duration of the symptoms will also vary.

Your overall physical health will also determine the severity of symptoms. The symptoms of heroin detox typically last between 4 and 7 days. However, some of these symptoms can persist longer if you have been using heroin for a particularly long time.

There are numerous heroin detox programs all over the country. With the massive increase in heroin use in the United States, there has been a concomitant rise in treatment programs and methods of treatment.

Choosing a detox program is a crucial step toward beating your addiction.

Treatment programs typically last between 30 and 90 days, and part of that time includes heroin detox. During detox, a doctor or nurse will monitor and manage your symptoms.

Of the types of heroin detox detailed above, it will depend on the heroin detox program you choose as to what particular method will be best for you.

How to choose the best Heroin detox centers?

The best way to choose the best heroin detox center is through a consultation with your medical doctor. Your physician can evaluate the severity of your addiction and balance this against your overall physical health. From this, you will arrive at the proper course of action for a heroin detox center.

Factors to consider in seeking the best detox treatment:

Riverwalk Ranch offers a medically monitored inpatient program for the management of heroin detox and heroin withdrawal. We offer 24-hour care and counseling 16 hours a day.