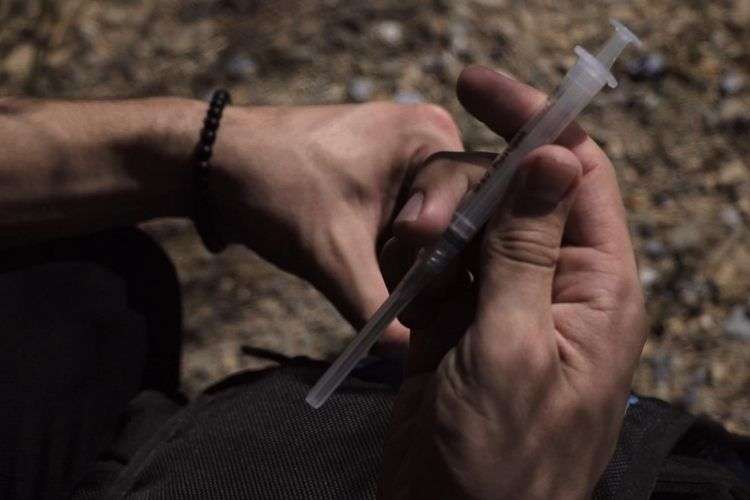 The heroin use and heroin overdose epidemic are part of the overall problem of opioid addiction in the United States. Every day more than 130 people die of an opioid overdose and this includes heroin overdose.

As many as 500 thousand people reported using heroin in the U.S. This has led to more than 80 thousand heroin overdose-related trips to an emergency room. Heroin overdose is so prevalent now that EMTs are compelled to carry Narcan at all times to deal with the staggering number of people they treat for heroin overdose.

3 out of 4 heroin users reported using prescribed opioid medications prior to using heroin.

The heroin overdose problem has permeated every level of our society.

What Causes a Heroin Overdose?

The question of what causes a heroin overdose has everything to do with the physiological effects of heroin in the body. Heroin works by attaching to the opioid receptors in the brain and nervous system. This causes a release of dopamines, the chemical which induces pleasure in the body and brain.

In addition to the release of dopamines, heroin will suppress the areas of the brain and nervous system which control breathing and wakefulness. One area which has a large number of opioid receptors in the brain stem. This region controls breathing and blood pressure.

As heroin attaches to these receptors, users experience the “high” they seek, but they also undergo a general suppression of vital functions.

When too much heroin is introduced into the bloodstream (the amount can vary according to the individual user and the relative strength of the drug itself), breathing and blood pressure can become suppressed to dangerously low levels. This will lead to a dangerously low level of oxygen in the blood, a condition called hypoxia.

Once hypoxia has occurred, body tissues will become so depleted of oxygen that heroin users will lose consciousness and will die without immediate treatment.

While injecting heroin is clearly the most dangerous method of use, a heroin overdose can easily occur when heroin is snorted or taken by other methods.

Only about 17 percent of lethal heroin overdoses occur in first-time users.

How much Heroin does it take to Overdose? 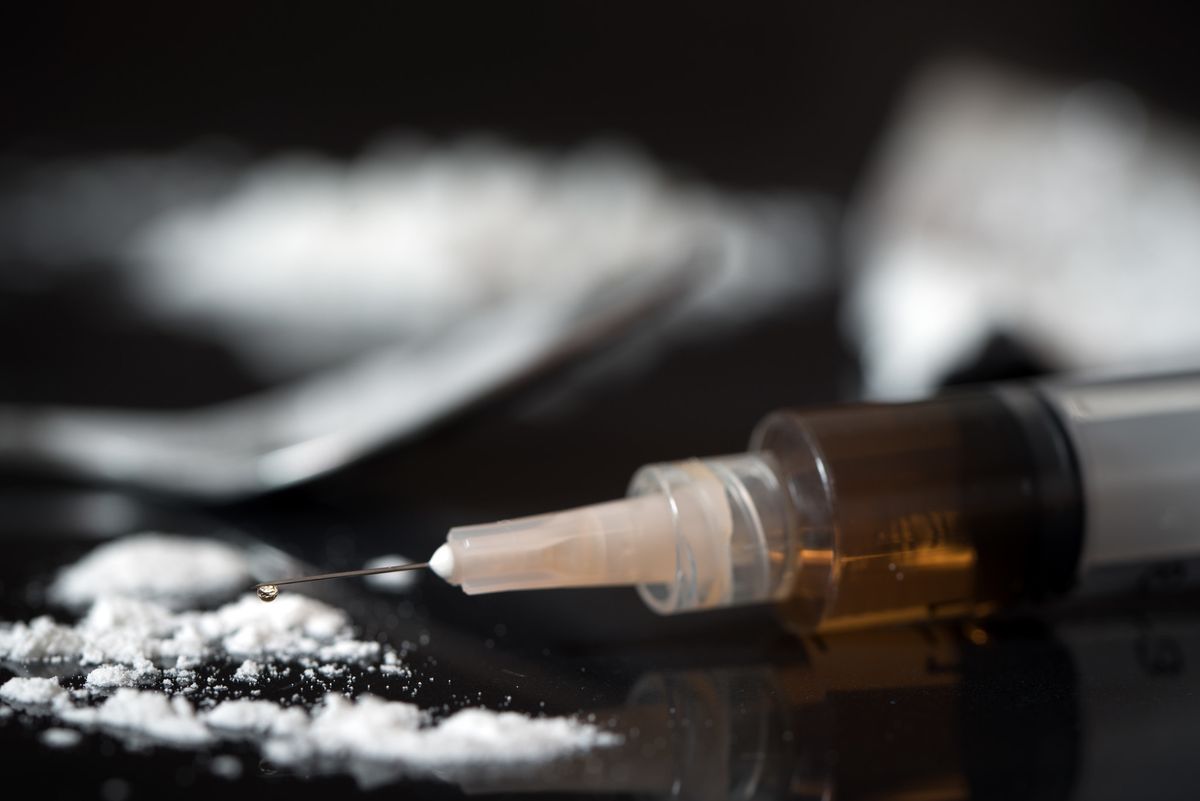 One of the most dangerous aspects of heroin use is that the amount of heroin it takes to cause an overdose is almost impossible to predict. Most people who experience a heroin overdose are heroin addicts who have been using for some considerable amount of time and have been using large amounts. However, some people overdose the first time they use.

Another complication in predicting heroin overdose is that heroin is not a pure substance. The purity of heroin ranges between 41 percent and 26 percent, all with other chemicals mixed in to cut the drug for sale. Because it is illegal. Heroin is always mixed with other chemicals. Increasingly, heroin has been found to contain fentanyl, another synthetic opioid which is 80-100 times more powerful than morphine. Fentanyl is highly lethal.

Since the concentrations of heroin vary from one batch to another, it is impossible to predict how powerful it may be.

Other variables which affect how much heroin it takes to overdose include the relative health of the user. The person’s age and weight, for example, will change how much heroin they can withstand.

If you use other drugs or alcohol while using heroin (something which is extremely common), this too will complicate the exact amount of heroin it will take to induce an overdose.

Alcohol and benzodiazepines, drugs such as Xanax and Valium, are commonly involved in fatal heroin overdoses.

Other drugs such as cocaine are frequently used in conjunction with heroin. The so-called “speedball,” or a mix of cocaine and heroin, make for extremely dangerous conditions. Because cocaine is a stimulant and heroin is a depressant, they work against each other as they affect the user. As a result, people are tempted to use more heroin than usual in order to attain the desired results. Often overdose can occur without the user being aware of what is happening.

The short answer to how much heroin does it take to overdose is that it is nearly impossible to tell. This is one of the main reason heroin is so dangerous.

How to Avoid a Heroin Overdose?

Obviously, the best way to avoid heroin overdose is to avoid using heroin. Barring that, there are a number of strategies to help minimize the likelihood of a heroin overdose.

Again, making people aware of the profound dangers of heroin use seems to be the best method of preventing heroin overdose. Proper treatment for heroin addiction is the best way of removing heroin from an individual’s life altogether.

The first thing to do in the event of a heroin overdose is to call 911 for emergency assistance. Several states have enacted what are called “Good Samaritan laws” which protect people who call for help from criminal prosecution. This allows people to call for help no matter what they are doing. Emergency responders can then provide assistance. Someone who has experienced a heroin overdose will likely be taken to a hospital for further treatment.

Naloxone, known by its commercial name of Narcan, has been in use for many years. Naloxone works by competing with opioids with opioid receptors in the brain. This effectively stops the effects of heroin and reverses a heroin overdose. EMTs are now approved to administer Naloxone and carry it as part of standard equipment for heroin and opioid overdose emergencies.

Naloxone is not a “cure” for a heroin overdose. It only stops the immediate effects of heroin. Naloxone will not stay in the body as long as other opioid drugs. It is therefore only a temporary measure against heroin overdose. People who experience a heroin overdose need to be treated by medical professionals for proper care.

Once an individual is under proper medical care in a hospital, they will be further stabilized with Naloxone and receive other treatments such as induced vomiting and intravenous fluids. The most effective next step is to get the heroin user into treatment for long-term care and recovery. 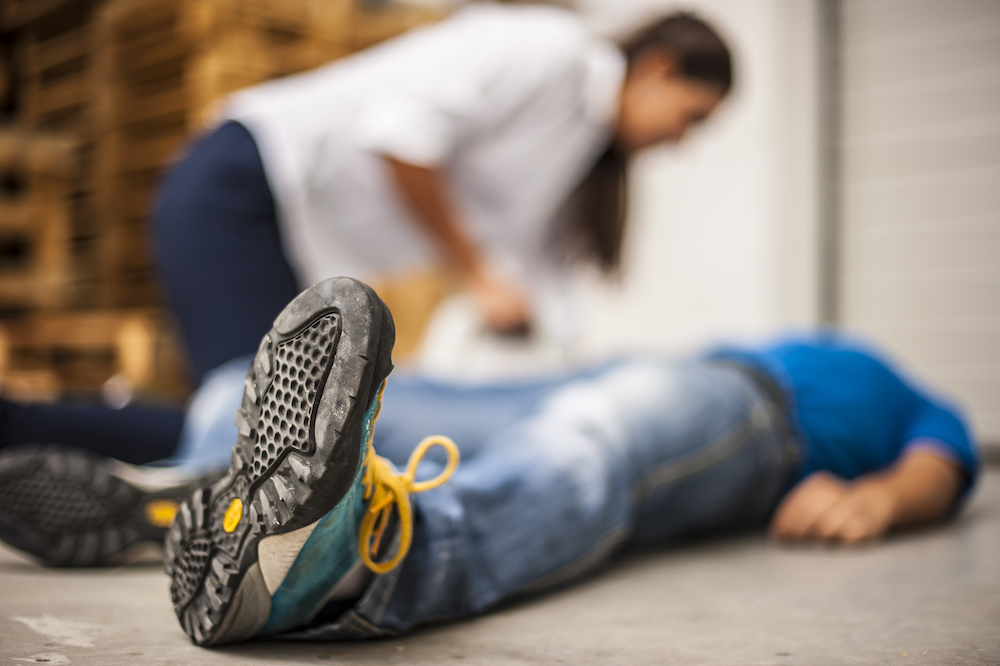 These pronounced symptoms will signal an actual overdose:

There are several signs which may signal the onset of a heroin overdose. Although the individual may not be experiencing an actual overdose, the presence of these signs mark a dangerous condition:

These are all signs that a heroin user may have gotten an unsafe dose of heroin. This is the best time for intervention by calling 911 since emergency intervention can prevent an actual overdose.

The numbers behind the heroin addiction epidemic are alarming. Use and abuse of heroin have steadily increased over the last two decades, and this increase in heroin use seems to pervade all walks of life.

The statistics are frightening. It is easy to see numbers like these as discouraging. However, treatment for heroin addiction is available. There are medically verified treatments which will help people stop the addiction and move on to long-term recovery programs which work.

As much as the heroin statistics may seem daunting, addiction professionals work to stave off the epidemic. The growing addiction epidemic has also led to increased research on addiction in general and heroin addiction in particular. This research has led to more effective treatments for both short-term intervention and long-term recovery.

What to do in case of an Overdose Emergency?

In the event of an overdose emergency, call 911 immediately. The sooner an individual receives attention and proper care, the more likely they will recover.

Naloxone prescriptions can be obtained from a pharmacy.

As the opioid and heroin epidemic as has increased, so has the availability of medications to combat overdoses and overdose deaths.

EMTs and other responders are generally equipped with Naloxone and other emergency measures for heroin overdoses.

The best course of action for anyone who has experienced a heroin overdose is to seek professional treatment at a facility with staff and modes of treatment specially designed for opioid and heroin addiction.

Riverwalk Ranch can provide a medical detox for heroin addiction. This will minimize or eliminate the pain and discomfort of heroin withdrawal.

Beyond this, Riverwalk Ranch offers a range of tested treatment modalities and specially trained staff for long-term comprehensive recovery which leads to a life free of heroin addiction.