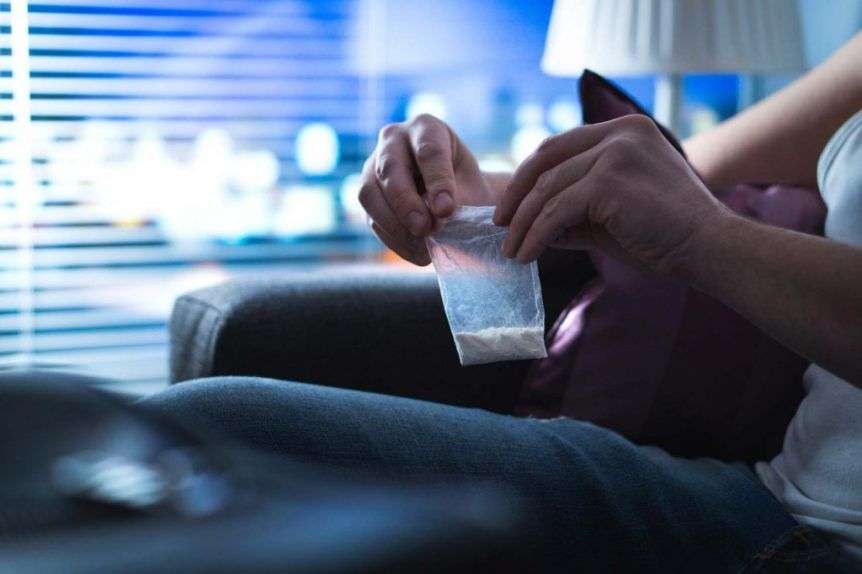 Recent statistics show that a little more than 2 percent of people under the age of 26 have used heroin at least once in their lifetime. However, heroin use is not specific to any one age group or demographic. The addiction is powerful and difficult to overcome. Heroin relapse is common even after professional treatment.

Heroin relapse is common even among people who have been addicted to prescription pain-killers. More than 80 percent of those in treatment for heroin addiction reported using prescription opioids prior to using heroin.

In the course of tracking heroin relapse rates, one study showed that as many as 91 percent of those discharged after a heroin detox program reported a heroin relapse. Of these, 51 percent used within the first week after being discharged. However, these figures generally reflect a lack of aftercare for those recovering from heroin addiction.

What is a Relapse

A heroin relapse occurs when a person has stopped using the drug and begins using it again. Of all the commonly used drugs, heroin is one of the most addictive. Its effects on the brain and central nervous system are profound.

As a result of this, people who have been addicted to heroin frequently use again even after a medical detox. Medical detox is designed to help people through the difficult and often painful effects of heroin withdrawal. It is not necessarily sufficient for full addiction recovery.

Generally, a heroin relapse follows a predictable pattern. Just like the addiction itself, the stages of a heroin relapse are clear. Addiction is a chronic and progressive disease. The potential for relapse is similar to that of other diseases such as adult-onset diabetes or asthma. Understanding relapse is the best way to prevent or manage it.

There are 10 identifiable stages to a heroin relapse.

Often people with substance abuse disorders can be dismissive of the concerns of others. This is actually a sign that people are not taking their condition seriously enough. Being dismissive or pretending to not care about the concerns of friends and loved ones is the first stage of relapse.

In the second stage, people will often convince themselves that using again is not possible, that going back to the old habits cannot happen. They will frequently worry excessively about other people and become defensive about their own past. Compulsive and risky behavior is common during stage two.

This stage is characterized by consuming thoughts around one idea. Often it is the fear of going back to using which creates obsessive thoughts. This can develop into depression and will impact one’s ability to focus on more important matters including things that would otherwise help with recovery.

This stage is exactly what it sounds like. Confusion over recovery and even small aspects of life can lead to hostility. People frequently begin overreacting to even the slightest inconvenience. This stage signals a real point of danger as people will seek ways to alleviate these negative feelings.

The negative feelings of stage 5 will inevitably lead to depression. This can cause irregular sleep patterns and loss of appetite.

Depression and a general complex of negative emotions can spiral out of control during this stage. People will become apathetic toward recovery and other healthy aspects of life. They will skip meetings and appointments which are part of their recovery program. Often, people will reject any kind of help or criticism. This stage is characterized by feelings of powerlessness and helplessness.

Inevitably, people will recognize that they are losing control. This will turn inward and become self-pity. People will begin to think some social drinking or even recreational drug use may not be dangerous. This stage is also characterized by lying to others about what is really happening.

At this stage, people will isolate themselves from others. Often feelings of anger and resentment overwhelm other thoughts and feelings. The isolation ultimately cuts people off from all other channels for help.

Negative feelings and external tensions will finally erupt. At this point, people will begin using heroin again. After initial use, feelings of shame and self-condemnation lead one to believe that they cannot be helped. This fuels further use and a full return to regular heroin use.

Learning to recognize the signs of heroin relapse can be essential to forestalling its progress. By being attuned to these symptoms, one can potentially help themselves and others from falling completely into a heroin relapse.

The main signs are easy to spot:

Displaying all of these behaviors, or even a combination of a few, are real signs of heroin relapse.

Things to pay attention to:

Isolation. A person with a past heroin addiction who begins to set themselves apart from friends and family is often in a dangerous situation.

Secretive behavior. Hiding money, not accounting for where they have been for periods of time, these types of clandestine behavior are symptomatic of potential heroin relapse.

Nodding off. Once a person has begun using, nodding off and difficulty staying awake are classic symptoms of heroin use and mark a full heroin relapse.

The overall relapse rate for substance abuse disorders is anywhere from 40 to 60 percent. Since heroin is such a profoundly addictive drug, the heroin relapse rates are significantly higher– around 90 percent.

Another study showed the heroin relapse rate to be 91 percent even after a 6-week inpatient treatment program. Again, it should be noted that these short-term recovery programs are generally only enough to get someone through the initial phase of detox and withdrawal.

Heroin interrupts natural chemical processes in the brain which regulate pain and control feelings of well-being. It blocks and binds to the neurotransmitters which make it possible for our bodies to experience feelings of well-being. With regular use, heroin makes it impossible for people to function without using the drug. In the absence of heroin, people will experience extreme discomfort and feel sick.

As a result of this, even after people have stopped using heroin, they still experience strong cravings for heroin. Even after going through medical detox, the patterns associated with using heroin as so firmly entrenched into their behavior.

Another reason for the high heroin relapse rate involves the path from prescription painkillers to heroin use. Since large numbers of people turn to heroin after they have been using and already addicted to prescription pain killers, their addiction is so firmly entrenched that withdrawal and recovery become extremely difficult. The bottom line is that the longer you have been using, the harder it is to break the addiction.

Why Do People Relapse?

The main reason people relapse on heroin is because of the particular way heroin works on the body. Heroin directly interferes with the brain and central nervous system. It causes the body to release dopamine which is the chemical that causes pleasure and feelings of well-being. Once this chemical process is interrupted, it is very difficult to overcome.

Another principal reason people relapse is that they do not follow through with a long-term recovery program. A six-week in-patient program is sufficient to get through the painful withdrawal and stop the physical dependence on heroin. Real recovery requires a long-range plan, one which includes professional counseling, group support, and some method of dealing with the underlying issues which lead to addiction.

Many people return directly to ways of living that are not conducive to recovery. When we break free of addiction, often it is the case that we need to alter our lifestyles in significant ways. Old patterns of behavior, being around people who are still using drugs, and unhealthy lifestyle choices frequently lead to heroin relapse.

Preventing a heroin relapse can often come down to some fairly simple and straightforward practices.

Beyond these basic ideas, sticking with a long-range program of recovery greatly improves your chance of remaining free of heroin addiction. Those who follow a comprehensive and long-range recovery program vastly increase their chances of recovery.

What to Do in Case of Relapse?

Many people who experience a relapse are stricken with feelings of guilt and shame. The first thing you need to do is abandon these ideas and remember that heroin relapse is extremely common. You need to treat your relapse as part of the disease and not a failure.

Identify your triggers. Take some time for introspection and go over the kinds of things which may have led you to use it again. From this, you can determine the types of behaviors and situations which precipitate a relapse. Recovery from heroin addiction generally requires some serious changes in the way you live. Identifying triggers will help you figure out the kinds of changes you need to make.

First, honestly evaluate whether or not this is an isolated moment or a return to habitual use. If you have experienced a single moment of using, you may be able to simply get back into an outpatient treatment program. A program such as this can get you back on track and address any physical or medical needs.

If you have returned to habitually using heroin, you will likely need to get back into an inpatient treatment program. Again, this is not uncommon. As we have seen, the relapse rates for heroin addiction are extraordinarily high. Many people require multiple treatments before they gain traction with a full program of recovery.

The most important thing to remember after a heroin relapse is to not despair. Recovery after relapse is not only possible, it is extremely likely.

In addition, Riverwalk Ranch will guide you back into a comprehensive recovery program designed to address both underlying causes of addiction and long-range strategies for continued recovery.

It is crucial to remember that relapse is not a failed recovery. It is an unfortunate but common part of recovery, and people to regain their freedom from heroin even after a relapse.