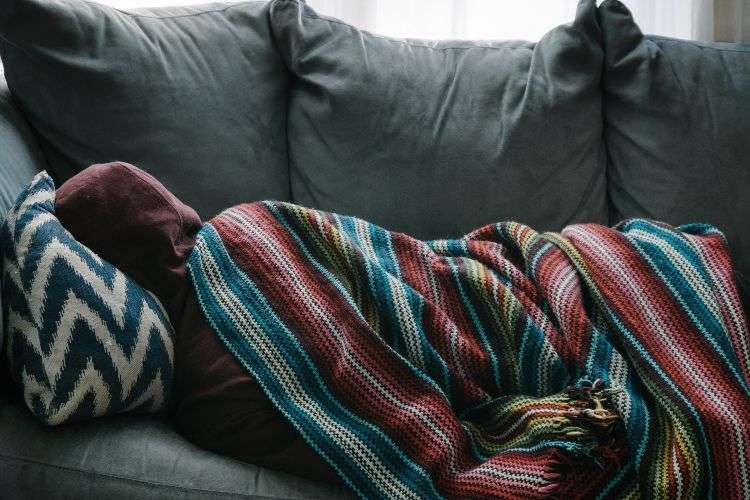 Heroin withdrawal is arguably the most prominent obstacle to breaking the heroin addiction. Notoriously painful and uncomfortable, heroin withdrawal symptoms alone tend to shut down most attempts at getting sober.

What is Heroin Withdrawal?

Heroin withdrawal is medically defined as a substance-specific syndrome brought on by the cessation of drug use. The key term is syndrome: a combination of symptoms and signs which together form the basis of a disease or medical condition.

Heroin withdrawal is not a single phenomenon and it can be manifested in different levels of intensity depending on a number of factors. There are some general symptoms characteristic of heroin withdrawal which include:

All of these can occur simultaneously, but the levels of intensity may differ from one person to another.

Heroin withdrawal is not life-threatening. It is, however, extremely painful and uncomfortable.

Heroin is an opioid, and like all opioids, when used these chemicals bind with the opioid receptors in the brain. This chemical reaction is the source of the pain reducing effects of all opioids. The secondary effect is to release to cause the brains and nervous system to release dopamine. Dopamine causes pleasurable feelings, the “high,” associated with heroin and opioid abuse.

Another effect of heroin and other opioids is the suppression of the release of the neurochemical noradrenaline, or norepinephrine. This chemical normally allows for alertness. Thus, when people use heroin they become extraordinarily sleepy. This is the phenomenon of “nodding off” so common to heroin users.

As you use heroin over extended periods of time the brain adapts to the increased levels of dopamine and lower levels of noradrenaline. As a result, the brain learns to function normally only with the presence of the drug and reacts to the absence of the drug as abnormal. This produces the medical condition of physical dependence.

Still further, as the brain adapts to the presence of the drug, you will need to use more heroin in order to achieve the same effects. This is the process of building tolerance.

With your brain completely dependent on large amounts of heroin, you will experience an extreme reaction once you stop using it. Your brain reacts to the absence of the drug as if something is wrong, and physical symptoms begin to manifest themselves. The symptoms described above are the result of this condition.

All of these factors will play a role in the length and intensity of your withdrawal. If you have been using alcohol or other drugs while using heroin, this too will impact the stages of heroin withdrawal.

The stages of withdrawal follow the routes of the neurochemical process in the brain and nervous system. As the dopamine levels drop and norepinephrine levels increase, everything from your mental state to your physical well-being will be compromised. Leading to illnesses in a variety of forms.

Heroin use profoundly impacts your life both physically, emotionally, and socially. Beyond the desired effect, heroin can have a range of negative side effects. Addiction in general, and heroin addiction, in particular, can impact your home, career, and personal appearance. Some of the most common side effects include:

Heroin is a dangerous drug. It negatively impacts virtually every aspect of life. Using heroin can be fatal. In 2017 there were over 70 thousand deaths from heroin overdoses in the United States.

It is crucial to know that all of these symptoms—the entire withdrawal syndrome—can be treated so as to minimize pain and discomfort. These symptoms only occur with full intensity without medical intervention.

The level of intensity depends on the risk factors and other complications we have already listed. Most people do not experience all of these symptoms. However, most heroin users will experience mild to moderate heroin withdrawal symptoms.

Post-Acute Withdrawal Symptoms (PAWS) may persist for as much as 24 months. Depression and anxiety can come and go over the course of these months due to the profound changes in the brain and nervous system.

PAWS can be treated in the course of a long-term recovery program. Counseling and support groups tend to minimize the impact of PAWS. As with all substance abuse disorders, long-range recovery programs are the most effective ways to ensure a full recovery.

How is Heroin Withdrawal diagnosed?

The medical diagnostics of heroin withdrawal follow an 11-item scale which is designed to determine the severity of the symptoms. This allows doctors and addiction care professionals to assess the level of addiction and intensity of withdrawal in order to provide the best possible care which will help alleviate the symptoms.

The system of evaluations, called the Clinical Opiate Withdrawal Scale (COWS), is an 11-item scale. Each item provides the clinician with a rating which will determine the kind of care and medical assistance necessary to guide you through heroin withdrawal. This scale will also help determine the types of pharmaceuticals which may be used to assist with detox and recovery.

The purpose of the COWS rating and diagnostic tool is to ensure that you are as comfortable as possible during withdrawal and detox.

Methadone has been prescribed for heroin withdrawal for many years and dates back as far as World War II.

Methadone blocks the high you obtain from using heroin while simultaneously effecting brain chemistry so that you do not experience the pain of withdrawal symptoms. Methadone is often referred to as replacement therapy because it replaces heroin in your nervous system and allows you to remove the more dangerous drug from your body.

Methadone must be administered by a physician. It comes with its own set of side effects and you can develop a tolerance to methadone in the same way as heroin. It is not a replacement. It is a medical treatment toward more long-range treatment programs.

Buprenorphine and naloxone are known by their commercial name of suboxone. While suboxone can produce euphoric effects similar to heroin, these effects are greatly reduced. Suboxone works by binding to the same opioid receptors as heroin and makes it possible to cease heroin use without the horrible withdrawal symptoms.

However, under the proper medical care and supervision, methadone and buprenorphine are medically proven to ease heroin withdrawal and facilitate long term recovery. Taken under the supervision and used correctly, both of these medications will break the cycle of heroin addiction.

What treatments are available for Heroin Withdrawal?

It is recommended that withdrawal is monitored as part of a medically supervised detox process in a medical facility equipped and trained to treat heroin detox and withdrawal.

Medication-assisted treatment for heroin addiction will ensure medically proven support during acute withdrawal and into the post-acute phase.

Evidence-based practices for heroin withdrawal and detox generally include methadone and/or buprenorphine which will help you through the worst phases of withdrawal.

A medical detox facility will be prepared for any and all symptoms. They will be able to monitor vital signs, provide a comfortable and stable environment, and administer medications as needed and prescribed. These facilities are also prepared for secondary issues such as severe depression and anxiety.

Finally, a medical detox facility will be able to help you on to the next phase of recovery by providing long-term comprehensive recovery programs which are medical proven effective.

Riverwalk Ranch provides both inpatient and outpatient recovery programs for people dealing with heroin addiction. The addiction care professionals and medical staff will evaluate your needs and recommend the best program for your long-term recovery.

Riverwalk Ranch offers three options depending on your needs:

These treatment modalities also offer a relapse prevention program designed to keep you free of your addiction.