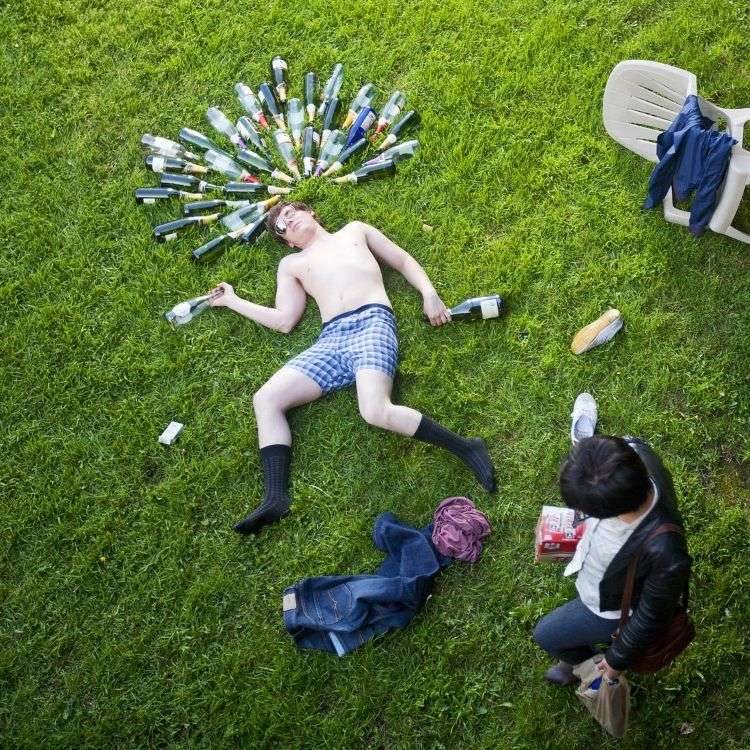 Alcohol is a drug that is oh-so normalized yet gravely underestimated. As one of the few drugs that you can die by withdrawing from, alcohol has its fair share of negative effects on the body. If you are a regular, moderate, or heavy drinker, you may want to consider how alcohol may be affecting your ability to sleep comfortably.

Alcohol affecting sleep is not uncommon. We know that glass – or two – of wine at bedtime or in the evening might help you relax and maybe even fall asleep deeply for a bit, but for a thoroughly well-rested feeling in the morning, you might want to majorly cut back on the booze. We’ll tell you why.

Alcohol affecting sleep is frequently demonstrated in our REM cycles, but what does this mean, exactly? You may have heard that the REM (Rapid Eye Movement) stage of sleep is actually a very intense state of sleep and you’re mostly right. It’s not necessarily our deepest stage of sleep, but it is our most active stage of sleep. Often we have very intense dreams during REM sleep (and babies also tend to spend almost twice the amount of time in REM sleep than adults). What is baffling is that during REM sleep, our brains our practically as active as when we are awake. Some other frequent traits of REM sleep include but are not limited to: 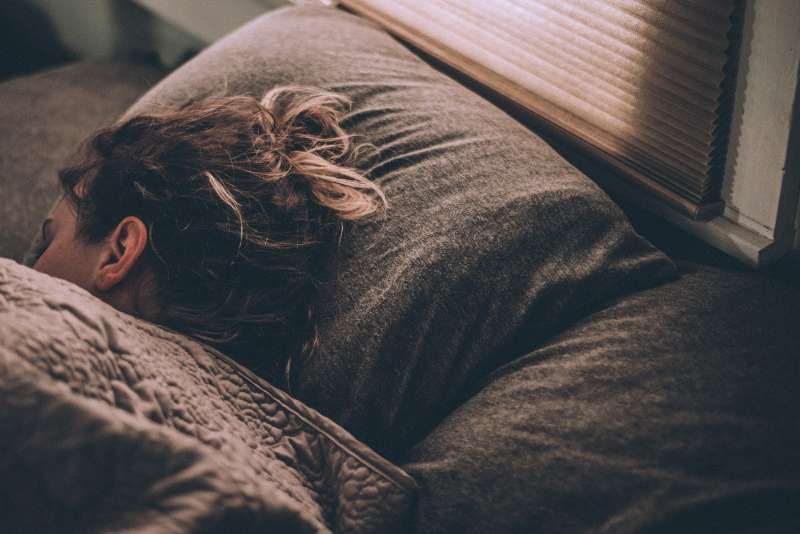 Why does all this matter, though?

If alcohol affects sleep by affecting our REM cycles, it’s also affecting one of the most deeply nourishing stages of sleep that contributes strongly to memory, learning, and overall mood. During this time of rest, it is strongly speculated that the brain is doing its work to consolidate, organize, and solidify all of its daytime, conscious memories.

When moderate-to-high amounts of alcohol are consumed, it is not uncommon to have disturbances in the REM cycle. Normally, REM sleep begins 90 minutes into someone’s period of someone’s snoozing, but when alcohol is moderately consumed, it can actually delay this onset significantly and thus influence our brains’ natural rhythms and means of processing daytime consciousness.

The reason that alcohol affects REM sleep is not entirely known, but the fact that it inhibits our REM sleep is evident in its effects on our brains. According to a medical journal article mentioned in medicalnewstoday.com, “one study on rats has shown that just 4 days of REM sleep deprivation affects cell proliferation in the part of the brain that contributes to long-term memory.” Scary, right? Not only can alcohol cause blackouts and the inability to form memories, but it can also cause memories made when sober to be stored poorly.

If you’ve ever known anyone with Sleep Apnea, or if you struggle with this sleep disorder yourself, you know that it can cause great disturbances in what should have been a good night of rest. According to Mayo Clinic, “Sleep apnea is a potentially serious sleep disorder in which breathing repeatedly stops and starts”. If someone is known to snore loudly and isn’t ever able to get the rest that they need, it’s very possible that they may be dealing with Sleep Apnea.

What’s interesting, however, is that Alcohol can affect sleep by mimicking the symptoms of sleep apnea and suppressing our bodies’ breathing functions. Or, it’s also possible that alcohol can also cause sleep apnea’s onset, whereas perhaps it wouldn’t have begun to develop in someone until much later on. If you have Sleep Apnea, habitually consuming moderate amounts of alcohol before bed will almost undoubtedly make it worse. 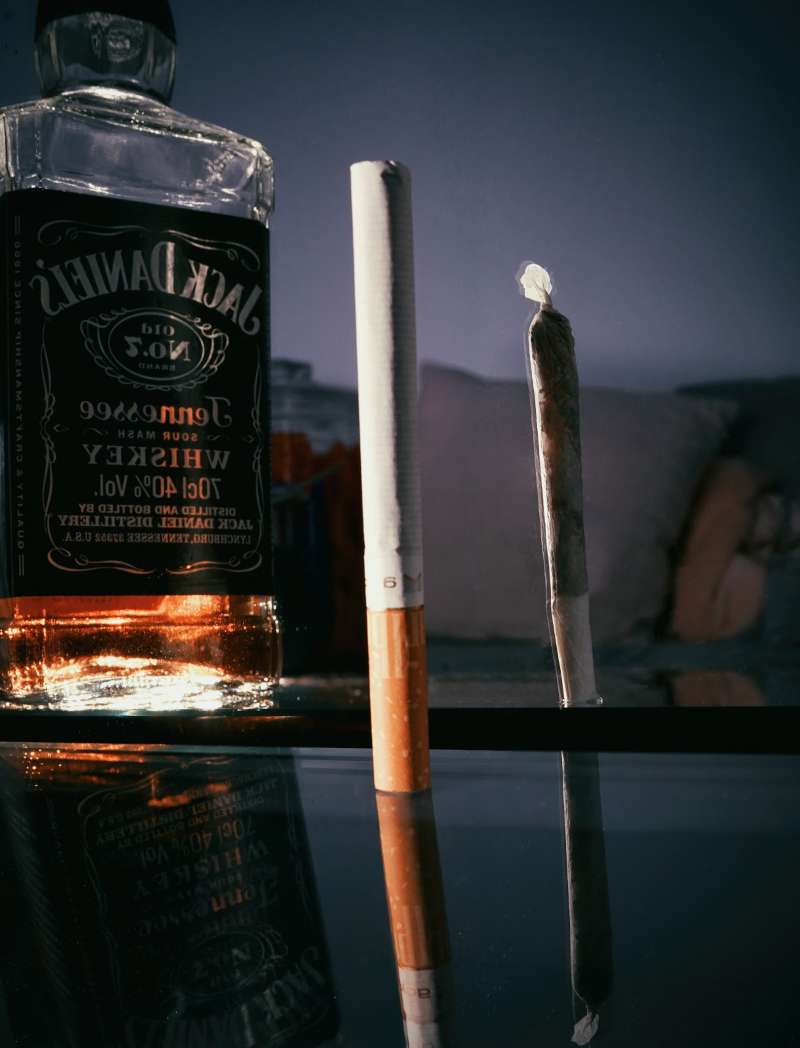 Circadian Rhythms, also commonly referred to as sleep-wake cycles, are “physical, mental, and behavioral changes that follow a daily cycle. They respond primarily to light and darkness in an organism’s environment. Sleeping at night and being awake during the day is an example of a light-related circadian rhythm. Circadian rhythms are found in most living things, including animals, plants, and many tiny microbes.” according to the National Institute of General Medical Sciences.

Circadian Rhythms are extremely important. Without them, our brains wouldn’t know when to release the hormones and chemicals, such as melatonin, in our brains that are needed for winding-down and inducing the beginning of our sleep. Besides this, Circadian Rhythms can also affect the release of other hormones that affect our digestive cycles, controls our body temperature, and influences our eating habits. Circadian Rhythms that are interrupted are speculated to cause mood disorders such as bipolar, depression, and anxiety, as well as obesity and other biological maladies.

Yes, alcohol may seem to affect your sleep positively – at first. You may find that it helps you fall asleep quickly, but it’s staying asleep that is at high risk for alcohol being detrimental to sufficient rest. Besides this, if you are a habitual drinker and even slightly physically dependent on alcohol, you will find that Insomnia is a common side-effect to abstaining from alcohol after a long period of perpetual drinking.

Alcohol, overall, can absolutely affect one’s ability to achieve a full, well-rested, and refreshing night of sleep. It also seems that the more you drink, the more you have trouble achieving this feat. If you are having trouble getting a good night’s rest, one of the first parts of your life that should be assessed is your amount of alcohol intake. That everyday nightcap may not be as beneficial to your sleep as you thought.