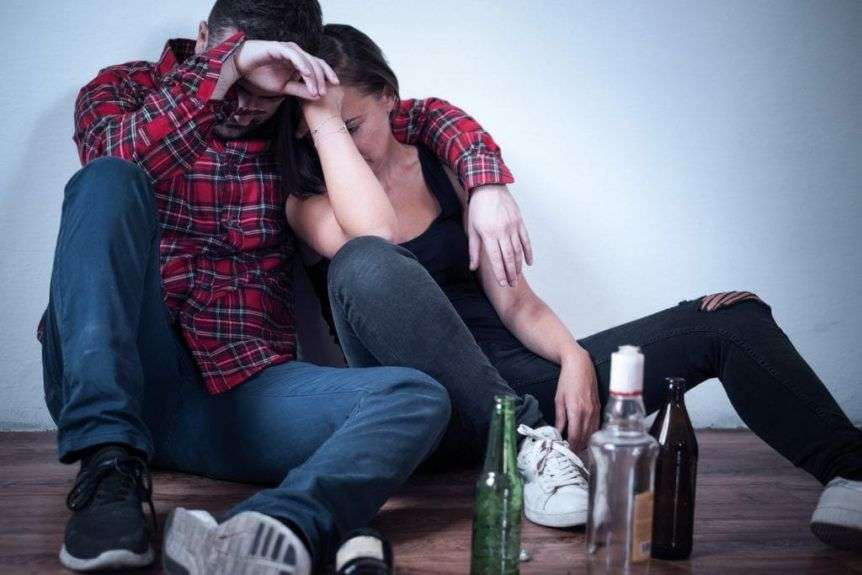 Different ways of abusing substances each pose different risks. When it comes to alcohol abuse, binge drinking and chronic drinking are both common among adults. Though neither one is particularly healthy, is there one that is more damaging?

Binge drinking is marked by heavy episodic drinking with the aim of becoming intoxicated. It’s defined by the Centers for Disease Control & Prevention (CDC) as a blood alcohol concentration (BAC) of 0.08 g/dl or above. For men, this takes about five or more drinks, whereas women only have to consume four or more drinks within a two hour period. Binge drinking is particularly common among young adults aged between 18 and 34.

According to the CDC, those who report binge drinking say they drink an average of eight drinks or more, averaging about four days per month. Whereas, chronic drinking is considered a consistent pattern of drinking that is above the recommended daily intake.

The most serious danger of binge drinking is the risk of overdose or death caused by alcohol poisoning. Alcohol poisoning can dangerously depress the nervous system and slow the heart, which can be fatal. Binge drinking also results in the risk of blackout and can inhibit the gag reflex, which is why people that are extremely inebriated may pass out and choke on their own vomit.

If binge drinking is habitual, a severe and deadly liver disease called acute alcohol hepatitis may develop. This is common after many years of regular binge drinking, but it can occur in people who only drink moderately.

In addition to potentially irreversible physical damage, binge drinking can indirectly result in injury as a result of poor coordination or judgment when drunk. Examples includes injury from falling, driving accidents, or engaging in other risky activities like unprotected sex that can lead to STDs.

There’s a common misconception that drinking every day can actually be beneficial. Indeed, studies have shown people who have two drinks a day have a 20% lower chance of dying from heart disease. However, exceeding this amount can have severe health effects on your heart and other organs like the liver. As damaging as binge drinking can be, long-term alcohol abuse is far likelier to result in liver disease.

Chronic drinking can also contribute to other serious health effects like obesity which is associated with illness such as heart disease, diabetes, and stroke. Regular drinking is also associated with mental health illnesses like depression and anxiety.

Which is worse: Binge drinking or chronic drinking?

In fact, the two often co-occur. It’s not uncommon for chronic drinkers to binge drink on occasion. This is because after regular heavy drinking, tolerance may develop so it takes more and more alcohol to achieve the same effect.

Science may not be able to say with certainty which of the two is worse, but we can conclude that neither is good. There is no simple answer to the question, because neither form of drinking is healthy, which is why recovering from such alcohol abuse may require professional addiction treatment.

If you suspect that you or a loved one may have a problem with binge drinking or chronic drinking, our addiction professionals are here to help.