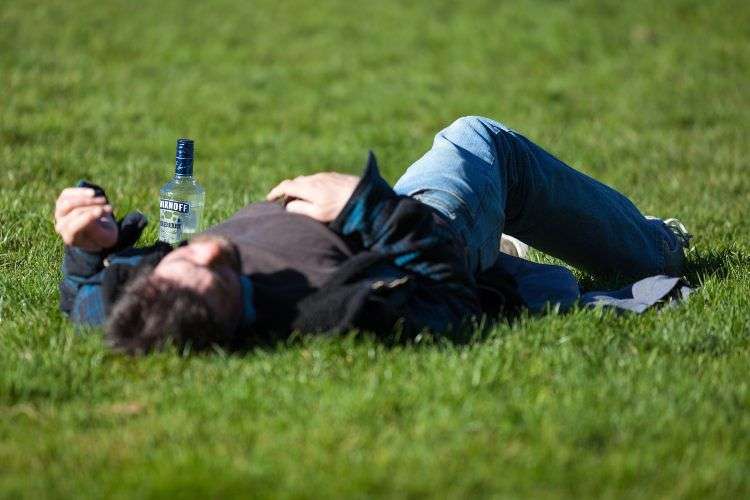 The Substance Abuse and Mental Health Services Administration (SAMHSA) defines alcohol abuse as consuming 5 or more alcoholic drinks a week. For some regular drinkers, this number may not appear to constitute alcohol abuse.

However, SAMHSA has determined this figure based on research on the dangers of excessive drinking.

Drinking alcohol is such an ordinary aspect of life for people, that drinking a little too much is seen as acceptable.

Alcohol abuse is generally not considered an issue for most drinkers.

The question now becomes, when does enjoy a drink become alcohol abuse?

The fact is, alcohol abuse contributes to a variety of physical and mental health problems. Kidney disease, heart disease, and liver disease are all serious issues that are caused by alcohol abuse.

What is Alcohol Abuse?

One alcoholic beverage consists of the following:

Anything in excess of these amounts is considered alcohol abuse. You could also think about your average alcohol intake for the week. More than 7 drinks a week or 14 for a man is considered heavy drinking. This type of alcohol consumption is seen as medically risky and could constitute alcohol abuse.

The line between moderate drinking and alcohol abuse may be difficult to recognize. People who are accustomed to having a drink after work or a glass of wine with dinner may not be fully aware of when they have fallen into a pattern of alcohol abuse.

For many people, even drinking to excess on occasion is considered acceptable, especially during special occasions and celebrations.

There are a number of signs of alcohol abuse. If you experience one or more of these signs, you should seriously take account of how much you drink.

There is a number of causes of alcohol abuse which range from genetic dispositions to complex psychological and social conditions. These factors can work together to make for a dangerous combination.

In the simplest terms, people who drink regularly and over long periods of time are prone to begin abusing alcohol. Over time, almost anyone will develop a tolerance for alcohol. If you do not pay attention to something as simple as increased tolerance, you run the risk of drinking more alcohol whenever you drink. This will inevitably lead to alcohol abuse.

Other causes to consider are:

Trauma and/or stress. Trauma and stress can lead people to use alcohol as a form of self-medication. Alcohol can provide relief from stress in the short term. However, relying on alcohol for this purpose will lead to alcohol abuse.

This is especially true for younger people. Binge drinking and other risky behaviors involving alcohol can lead to a pattern of alcohol abuse.

Who and What are the Risks of Alcohol Abuse?

Alcohol abuse will adversely impact every aspect of your life. For the person who abuses alcohol, there are dangers to their social, professional, and personal life. There are also serious health problems associated with alcohol abuse.

There are several identifiable risk factors which contribute to alcohol abuse:

Although genetic factors are not entirely known, it is clear that those who have a family history of alcohol abuse are predisposed for alcohol abuse. While the family patterns of drinking are likely emulated, there is evidence to suggest that alcohol abuse is in your DNA.

Studies have shown that certain ethnic populations are biologically disposed to drink less than others. While this risk demands more study, the science on biological populations has shown that some groups of people are more at risk for alcohol abuse.

People who received little parental support, who are victims of some type of abuse or people who have been victims of or witnessed domestic violence are all at greater risk for alcohol abuse.

This is not an exhaustive list. There are of course psychological risks that will vary according to individuals. The main thing to keep in mind is the guidelines listed above for moderate drinking. If you exceed these guidelines, you are at risk of alcohol abuse.

How Long Does Alcohol Stay in Your System?

Alcohol passes into the bloodstream and is then processed by the liver where alcohol molecules are broken down.

The concentration of alcohol in the bloodstream (BAC) will determine how long alcohol stays in the body. Someone with a BAC of 0.08 will, on average, breakdown the alcohol to zero in about 5.5 hours.

Other factors also complicate this timeline. Your overall physical health will change the amount of time it takes for your body to breakdown and process alcohol. If you have a compromised liver, you will likely take much longer to get alcohol out of your bloodstream.

It should be noted that liver problems are often the result of alcohol abuse. If you are experiencing liver disease, you should consult a physician immediately.

How is Alcohol Abuse Treated?

Treatment for alcohol abuse has advanced significantly over the years. Because alcohol abuse treatment has been known for so long, medical science has been able to study treatments and provide scientifically based interventions.

Here is a survey of some of the most prominent treatment programs:

Because consuming alcohol is considered socially acceptable, the statistics for alcohol abuse can be alarming. We tend to overlook alcohol abuse as a serious problem until it afflicts us or someone we care about.

Far too many people do not view their own alcohol consumption as problematic when in fact they may well be problem drinkers.

A look at the statistics is revealing:

Alcohol abuse is a widespread problem. It is vastly under-treated and seriously misunderstood. As we can see from the statistics, most people who live with an alcohol abuse problem do not see the problem themselves. The social and familial contexts which surround the consumption of alcohol often downplay the seriousness and severity of alcohol abuse.

In addition to the treatment programs listed above, alcohol abuse is treated as a serious medical issue.

The first order for alcohol abuse treatment is often a medical detox program. Detox from alcohol can be dangerous. In severe cases, there is a danger of seizures. In some cases, alcohol detox can be fatal. For these reasons, it is recommended that medical supervision attend alcohol detox.

The most critical part of the detox phase is relatively short, lasting from 3-7 days.

Nalmefene has mostly been used to treat opioid addiction, but it has been shown to be even more effective in helping people control their alcohol cravings.

In addition to medications directly designed to assist in treating alcohol abuse, there are other medications that help with the detox process. Anticonvulsants can be prescribed to prevent seizures.

Beyond this, antidepressants are sometimes included in alcohol abuse treatment. These are generally prescribed in order to treat underlying problems that contribute to the development of alcohol abuse problems.

These medical treatments are generally used as supplementary to a comprehensive treatment program. The programs described above are more effective in helping people deal with alcohol abuse.

One of the most difficult issues in understanding and treating alcohol abuse is learning to recognize the problem in the first place. Too often people ignore the warning signs or simply ignore the complications which come with alcohol abuse.

Learning to see the problem can help you effectively treat alcohol abuse before it becomes debilitating.

Alcohol abuse can be difficult to recognize. Yet, we now know the line between moderate and excessive drinking is well established. Too often people see a tendency to drink too much as little more than a sign of someone who likes to have a good time.

However, there are serious issues associated with alcohol abuse. It can seriously impact your physical and mental health. Alcohol abuse drastically increases your chance of developing alcohol use disorder. Learning to see the signs of alcohol abuse can prevent serious consequences to health and well-being.