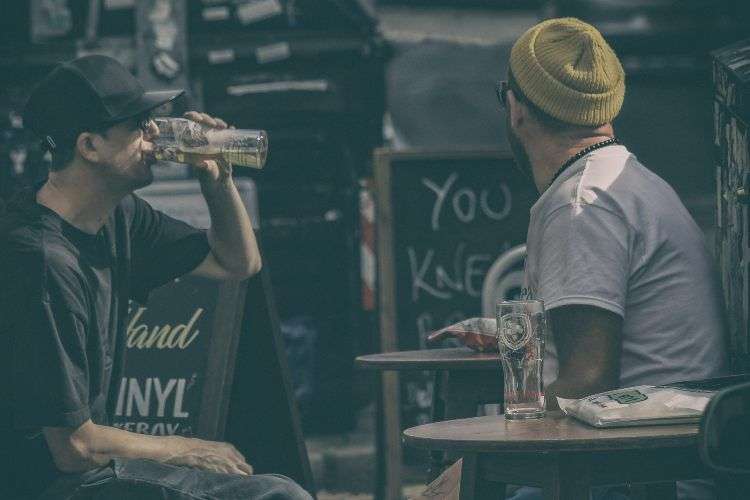 For decades the only way we could understand problem drinking was under the general term of alcoholism rather than alcohol use disorder. This conjured images of meetings in smoky basements and people pouring over the 12 steps. This may have worked for some, but it was not grounded in science, and others found it off-putting.

In recent years, medical science has come to understand alcohol abuse and dependency in more rigorous terms. Studies on addiction more generally, and on alcohol, in particular, have given doctors and addiction treatment specialists a much better understanding of problem drinking and alcohol use disorder.

What Is Alcohol Use Disorder?

Alcohol use disorder is a serious and potentially fatal form of substance abuse disorder.

Alcohol abuse becomes alcohol use disorder when your drinking is characterized by compulsive alcohol use, loss of control over how much your drink, and negative feelings associated with alcohol use.

Alcohol use disorder interferes with your life. It can damage personal and professional relationships. It can make it impossible to function at work, and it destroys families.

Alcohol use disorder can even be fatal. The long-term effects of alcohol abuse can cause kidney problems, heart disease, and neurological problems. Alcohol poisoning is effectively an alcohol overdose and it is fatal.

It is estimated that over 16 million people in the United States are living with alcohol use disorder.

What Is the Difference Between Alcoholism and Alcohol Use Disorder?

The traditional term for alcohol dependence has been alcoholism. The word remains in widespread use.

The reason for the change in language was to bring the multiple symptoms of alcohol abuse, cravings for alcohol, and the medical conditions associated with alcohol abuse under a scientific umbrella. This allows doctors to study these conditions and treat them more effectively.

While alcoholism still persists as a general term for problem drinking, the medical term is now alcohol use disorder, thus bringing the condition under the view of scientific study and treatment.

Like all other forms of substance abuse disorder, there are several clear signs which indicate that you may be dealing with alcohol abuse.

Here are some obvious signs of alcohol abuse disorder:

Alcohol abuse can be mild to severe. Obviously, recognizing the signs early, before you have experienced serious consequences can make it easier to treat. If you experience any of the following, it is likely you are tending toward alcohol abuse:

If you experience any of these symptoms, you may be dealing with alcohol abuse disorder. The sooner you recognize the problem, the easier it will be to treat the problem.

Alcohol abuse does not get better on its own. You will not return to normal drinking simply by trying to manage your drinking.

Scientific research has established a link between numerous genetic traits that can contribute to an alcohol use disorder. Some people are simply genetically predisposed to developing the problem. These genetic traits appear to make some people physiologically prone to becoming dependent on alcohol.

The economic conditions of one’s environment can also contribute to problem drinking. It is interesting to note that studies have shown that economically affluent areas are more prone to alcohol abuse than areas of lower income.

Culture, religion, and family all play a role in the causes of alcohol use disorder. Some cultures tend to encourage drinking—even heavy drinking, and this type of alcohol abuse can easily lead to alcohol dependence.

On the other hand, there are cultures and religions which discourage or forbid consuming alcoholic beverages and this obviously reduces the risk. Individual family attitudes toward drinking can also complicate one’s chances of developing alcohol use disorder.

Depression, anxiety, and mental illness are all causes of alcohol dependence. Alcohol can work as a form of self-medication for these types of psychological issues. The more people rely on alcohol to treat the symptoms of psychological problems, the more likely they will develop alcohol use disorder.

It is crucial to bear in mind that any combination of these causes greatly increases the chance of developing a drinking problem. Each will compound the pressures which lead to an alcohol use disorder.

In addition to the direct causes, there are some risk factors that also contribute to the development of alcohol use disorder.

While these factors do not in themselves directly lead to alcohol use disorder, living with one or more of these risk factors presents the danger of developing the problem.

Drinking steadily over time: While many people begin drinking while in their teens, continuing to drink steadily and heavily over long periods of time will inevitably lead to tolerance of alcohol and this can lead to alcohol dependence.

People who begin drinking at an early age are more likely to become problem drinkers.

Physical and emotional trauma can lead to excessive drinking. This, in turn, can lead to an alcohol use disorder.

Living with a person who drinks heavily or being close to people who abuse alcohol can pose a risk for some people. The influence of advertising and mass media also present risks, especially to younger people.

How does it Impact your health?

Alcohol is processed primarily in the liver. With excessive alcohol consumption, the liver becomes damaged.

Alcohol will cause the pancreas to build up to toxic substances which will, in turn, lead to pancreatitis. This is a dangerous inflammation and swelling of the pancreas.

Excessive alcohol consumption of the type associated with alcohol use disorder has also been linked to several forms of cancer.

Which Medicines can Treat Alcohol Use Disorder?

While alcohol use disorder is best treated through a combination of individual and group counseling following some specific programs, there are medications that can assist in the treatment of the disorder. Some of these medications have been in use for many years, while others have come into use following more recent medical studies.

Also called “Antabuse,” this medication causes people to become nauseated and intensely sick if they try to drink while taking the drug. The belief was that people would be less likely to drink if consuming alcohol made them sick.

Disulfiram has been shown to be effective in some people, but others simply stop taking it precisely because it makes them sick.

Naltrexone will inhibit the pleasurable feelings one gets from drinking alcohol. While you will become intoxicated if you drink while taking Naltrexone, you will not experience the feelings associated with being intoxicated.

This medication also tends to inhibit cravings for alcohol. Studies have shown that Naltrexone works best in people who have been able to stop drinking for at least a few days.

This medication eases the withdrawal symptoms from alcohol. It helps alleviate the anxiety, insomnia, depression, and restlessness people often experience while detoxing from alcohol.

The drug works by re-establishing a balance in the brain chemistry which becomes destabilized from heavy drinking. Like Naltrexone, Campral works best in people who have already stopped drinking for a short time.

In addition to medications prescribed specifically for alcohol detox and treatment, other medications are used to prevent seizures, depression, and anxiety. These may include anticonvulsants and antidepressants.

What are the Treatments for Alcohol Use Disorder?

Because there has been so much research in the field of addiction treatment, there are now an array of scientifically tested treatments available for alcohol use disorder.

All of these treatments are designed to meet specific needs. There is no one treatment for everyone who struggles with alcohol use disorder.

Some of the more prominent treatment programs include:

This treatment modality helps identify feelings and situations which lead to alcohol abuse in the first place. People learn coping skills which replace the tendency to abuse alcohol in order to deal with issues and situations. CBT generally includes group therapy and individual counseling.

MI is a form of intervention which helps people become motivated to change destructive behaviors such as alcohol abuse. It is sometimes employed as a preliminary intervention toward other forms of therapy.

TIR primarily focuses on reducing stress related to past traumatic events and experiences. It involves re-introducing these events and experiences in a safe environment so that patients can gain control over their feelings and associations with these experiences. By gaining control of their feelings and emotions in relation to the trauma, patients become able to alleviate many of the underlying causes of their alcohol use disorder.

Alcohol use disorder is a serious medical condition. Excessive drinking has a devastating impact on your physical and mental health, it impacts your family and your professional life, and it can eventually be fatal.

The causes of alcohol use disorder are complex, and there are numerous risk factors for developing the condition.

There are a number of treatments available for alcohol use disorder, and the pain and discomfort of detox can be alleviated with medications. These treatments are based on sound medical science and are proven effective for long-term recovery.